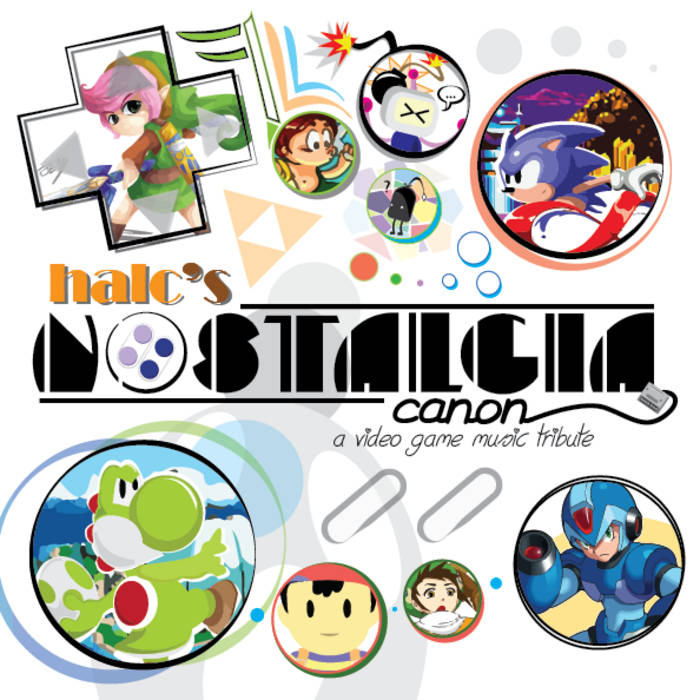 Goat An amazing video game album. As so much like it says nostalgia in it. Makes you smile and wanna pick up your old games and play again. Favorite track: Flower Power (Yoshi's Island).

This album is a labor of love for the composers, songs and sounds that inspired me to become a composer myself, and the nostalgic melodies that bond us as a VGM loving community and create an outlet for us to inspire creativity in one another and channel our beloved childhood memories into the purest form.

Dave, Larry and all of the OC ReMix staff & community for being my springboard, so to speak; without the rigorous but encouraging quality expectations of the panel and the endearing support and feedback from fellow listeners, fans and remixers, I would not be the halc that stands before you today.

My wonderful wife Emily, who's love and support for my passion is beyond description.

My good friends Benjamin Briggs, Bryan Herkless and Will Harby, for always willing to lend an ear and just being cool dudes in general.

And of course, to all of you fans, followers, et. cetera; for being so openly supportive and vocal over the last few years. This album is my gift to you.~

Bandcamp Daily  your guide to the world of Bandcamp

Featured sounds from Fly Lo and Ahmed Idris, plus Mother Nature hops on to drop off new project